Back on the repertoire!

Mary Poppins flies once more over the rooftops of London, but we will experience it all inside our beautiful theatre, in a magical, colourful, imaginative world. Svenska Teatern proudly presents a musical with tremendously beautiful costumes and a set rich in detail, never before seen on our stage. Mary Poppins, one of Svenska Teatern’s biggest musical undertakings, is an enchanting story with unforgettable songs and dazzling dance acts that has charmed the whole world.

The musical about the world’s leading “supernanny” premiered in London in 2004 after which it played on Broadway in New York. It is based on the books by P.L. Travers and the classic Walt Disney film Mary Poppins. The family musical delighted the Broadway audience with over 2500 performances, and was nominated for nine Olivier and seven Tony Awards, including Best Musical.

Mary Poppins is directed by Markku Nenonen, who has been trusted with the important task of creating a very own version of the original production.

The musical is performed in Swedish. English surtitles available.

*Recruits, civilservice workers and the unemployed gets student tickets.
**Can only be bought at the theatre.

MA Musical based on the stories of P.L. Travers and the Walt Disney Film
Original Music and Lyrics by Richard M. Sherman and Robert B. Sherman
Book by Julian Fellowes
New Songs and Additional Music and Lyrics by George Stiles and Anthony Drewe
Co-created by Cameron Mackintosh
Originally Produced by Cameron Mackintosh and Thomas Schumacher for Disney
This production is presented by arrangement with Music Theatre International (Europe) 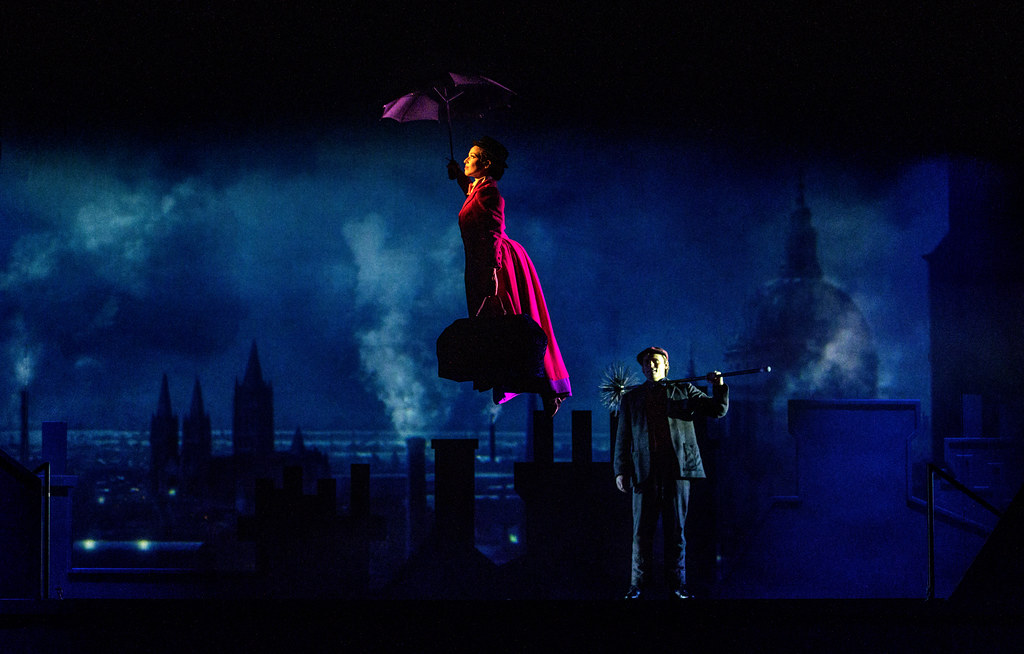